“Genre-defying?” YA Writers–and Women– Already On It

It’s book award season, and I’m thrilled. National Book Awards and Man Booker Prizes are good for books and so good for the world. Yay authors! For 2018, I’ve missed several of the book award nominees in the Young People’s Literature category, which surprises me. I’m usually ahead on those. I haven’t read even one on the Man Booker list (yet), but that’s not as unusual. I often wait for the shortlist before I dive into those titles.

Still. This year, I can’t help wondering if the Man Booker folks have missed something themselves. I mean, like aside from Gertrude Stein.1 Something more recent. The Times writes:

The Long Take, by the poet Robin Robertson, mixes verse, prose and even photographs to follow the story of a World War II veteran across the United States in the golden era of Hollywood.

“The Long Take offers a wholly unique literary voice and form,” the judge Jacqueline Rose, a feminist critic and writer, said at the event. “This is a genre-defying novel.”

Calling  a novel “genre-defying” for being told in a mix of prose and verse “and even photographs” suggests the committee members never read YA.

YA writers have been all up in this genre-defying business for a long time. Consider two 2011 titles: Miss Peregrine’s Home for Peculiar Children, told in prose and photographs or Why We Broke Up, told through documents, images, and artifacts.

But this year, YA writers nailed it on genre-defying titles. Take these three for example — 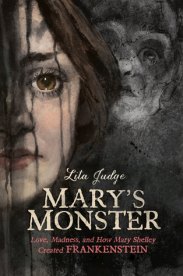 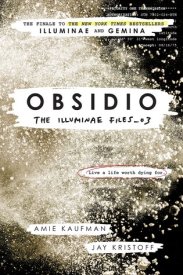 3. And while not at all “literary” in their scope, if we’re talking about genre-defying, Amie Kaufman and Jay Kristoff use document/image/artifact to narrate their very popular thriller series, which started with Illuminae (2015), continues with Gemina (2016) and this year added Obsidio (2018).

All three of these titles, written for young adults and written predominantly by women, do exactly what Man Booker folks describe as “wholly unique.”

I’m not saying The Long Take isn’t great fiction. I’m sure it is, and I plan to read it soon. I hope other folks do too. Like I said: awards are good for books, good for authors, good for the world.

But The Long Take is not unique. Or new. Or really “defying” anything. It’s more defining–as in defining the blind spots of a literary establishment that considers work written for children and young adults as separate–or completely beneath its notice.

1. Gertrude Stein being the mother and patron saint of genre-defying.